Rod Temperton, the British songwriter best known for Michael Jackson’s Thriller and Rock With You, has died.

Temperton died in London last week at the age of 66 after “a brief aggressive battle with cancer”, Jon Platt of Warner/Chappell music publishing said.

Temperton’s other hits included Off The Wall and Baby Be Mine for Jackson and Boogie Nights for his band Heatwave.

Chic guitarist Nile Rodgers was among those paying tribute tweeting: “Your genius gave us a funkier world!”

Michael Jackson’s sister LaToya wrote: “A brilliant prolific songwriter Rod Temperton may you RIP – One of my favourite songs is “Rock With You” from Thriller.

Temperton, whose private funeral has taken place, was nicknamed The Invisible Man because of his low profile. 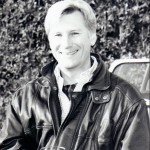